Does the pandemic open the EU’s doors for Chinese FDI?
Home  /  News 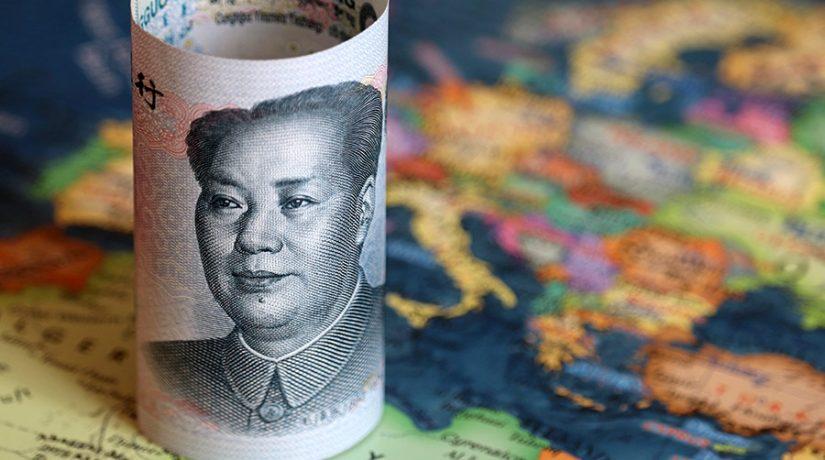 While the intensity of pandemic-related health cases in the EU seems to be in retreat, relaxation of social restrictions throughout the EU Member States seems to have established a foothold. In an economic context, however, the virus is mostly yet to hit.

The national economic governing bodies of the EU Member States are working hard to limit the negative impacts of the economic setback where possible. Private enterprises make up for a fundamental part of the EU Single Market’s nature, and many of them have been hit hard. Considering governmental support to be far from available for every affected company in the EU, and particularly SMEs, while the pandemic’s aftermath has negatively affected several sectors of business financially, a systematic weakening of European companies is inevitable.

As a part of the downward trajectory of China’s global outbound investment, the share of investments made by Chinese state-owned enterprises decreased severely. The overall share of OFDI, coming from China’s SOE’s sank to 11%, which is the lowest share since 2000. For investments in the EU this certainly has a correlation with tightening legislation and regulations, and therefore, the approval of FDI.

Although Chinese OFDI used to be highly welcome in the EU, perceptions have tilted. The majority stake of the investments concerns ICT, Transport, Utilities, and Infrastructure, which are all strategically important sectors. Hence, it is essential to examine incoming FDI. Besides this, the Chinese innovation capacity contributes to this reticence. Sensitive ICT or healthcare-related enterprises should act carefully in receiving FDI from Chinese state-owned enterprises, safeguarding susceptible information.

Investments in certain sectors might be highly susceptible and could therefore benefit from authorisation at the governmental level, especially when the aspiring investors are state-owned foreign enterprises, Chinese in this case. As Covid-19 impairs the global economic structure and has been harming all sorts of businesses worldwide, great transactional business opportunities occur for investors looking to acquire or invest in companies struggling with the financial impact of the pandemic. Companies weakened by the recent economic drawback may be more receptive to foreign investment, potentially resulting in foreign majority stakes in European companies.

On 13 March 2020, the European Commission’s communication regarding ‘Coordinated economic response to the Covid-19 Outbreak’ drew attention to the element that its Member States need to be observant and prudent in avoiding the current pandemic to lead to a loss of critical assets and technology.  This indication of vigilance was mainly meant as a reminder to use national security screening tools and other security related instruments, as a coordinated economic response of EU institutions and EU Member States is said to be crucial to mitigate the economic repercussions. Subsequently, the European commission issued guidance to the Member States concerning FDI and free movement of capital from third countries. These guidelines, as published on 25 March 2020, emphasise that the EU is set to remain an attractive destination for FDI. This screening regulation will enter into force in October 2020.

Currently, the responsibility for FDI screening of any sort lies primarily with the Member States. These are advised to ‘‘make full use of (…) its FDI screening mechanisms’’, covering all relevant transactions.

The most important aspect of these transactions, as mentioned in Recital nine of the European Commission’s FDI Screening Regulation, concerns investments which “establish or maintain lasting and direct links between investors from third countries including state entities, and undertakings carrying out an economic activity in a Member State”. Hence, when magnifying Chinese OFDI, FDI carried out by Chinese state-owned enterprises is most likely subjected to the screening process. This in exception of portfolio investments, as those typically do not involve effective influence over management and control of a company and may merely be seen as a short-lived strategical move to make money.

Related to the current situation and economic aftermath of the Covid-19 pandemic, companies have been weakened. The guidelines published on 25 March 2020 underline that for FDI from third countries in enterprises holding a valuation well below their intrinsic value, the option of introducing investment restrictions exists. These restrictions were introduced to limit a possible adverse impact on European companies and the European economy.

Not only at the EU-level, but also at the Member States-level concerns of incoming FDI are present. In a letter, signed by the leaders of nine EU Member States, addressed at the President of the EU Council, Charles Michel on 25 March 2020, the leaders stressed that ‘‘preserving the functioning of the single market is essential to give all European citizens the best possible care and the strongest guarantee that there will be no shortage of any kind’’. Besides this, it was emphasised that no strategic assets should fall prey of adversarial takeover at a time of economic difficulties.

It has now become clear that the devaluation of various companies and the slump in prices of asset investments could cause an increasing inflow of Chinese FDI. According to the MSCI Europe Index, which represents most free float-adjusted market capitalization across Europe, a slump of 23% was observed in 2020, the worst decline since the global financial crisis of 2008.

The lack of unity and compliance between the EU Member states on the national screening mechanisms could be considered as a structural shortcoming of the European Commission’s Guidance. The National Screening Mechanisms are already in force in 13 of the 27 EU Member States, calling upon those Member States in which the mechanisms are not in in force yet, to use the existing screening mechanisms in accordance with the FDI screening regulation and other prerequisites as appointed in EU-legislation. Although the lack of unity certainly is a point of improvement, the guidance is a landmark on its own with a thorough impact on the EU Member States’ treatment of incoming acquisitions by foreign players.

The danger lies in the absence of an unanimous strategy on screening incoming FDI. This is emerging very clearly as Germany, for instance, established a national economic stabilisation fund (Wirtschaftstabilisierungsfonds) to support the German infrastructure. This fund made EUR 100 billion available for direct state investments, enabling the national government to take equity stakes in grappling companies. The main reason behind it being foreign investors not to be able to obtain economic and industrial interests at low prices. For EU Member States without a budgetary flexibility of this size, like Italy, the infamous ‘corona bonds’ could allegedly be used to bridge the gap. These bonds are common debt instruments issued by a European institution to raise funds at an even price to the benefit of all Member States. The aim is to mobilise capital to counter the negative social and economic implications of the pandemic.

The EU’s caution regarding FDI in these times when asset investments are valued at a lower price is understandable against the background of the 2008 financial crisis. In its aftermath Chinese, in particular state-owned enterprises, took controlling stakes in key European mining and infrastructure companies, mostly in badly affected countries like Greece and Spain.

According to Bloomberg, bankers noted a peak in funds and business investment proposals on European companies in the beginning of 2020. Purportedly, a large share of these bids stem from Chinese state-owned enterprises. As the EU aims to mitigate foreign investments in sectors with a possible security or public order risk, Chinese companies may be inclined to target less sensitive business segments.

Even if the current EU remedies indeed result in a shifting focus to less sensitive areas of business, the existing investment climate stresses the imperative of a common EU response to Chinese state-owned investments in Europe. As the EU is currently not striving for the implementation of such a system, underlining FDI screening to be primarily a responsibility of the Member States, the financial interference of Chinese state-owned enterprises in European companies cannot be completely prevented.