Does the Belt and Road Initiative have a chance in Afghanistan?
Home  /  News 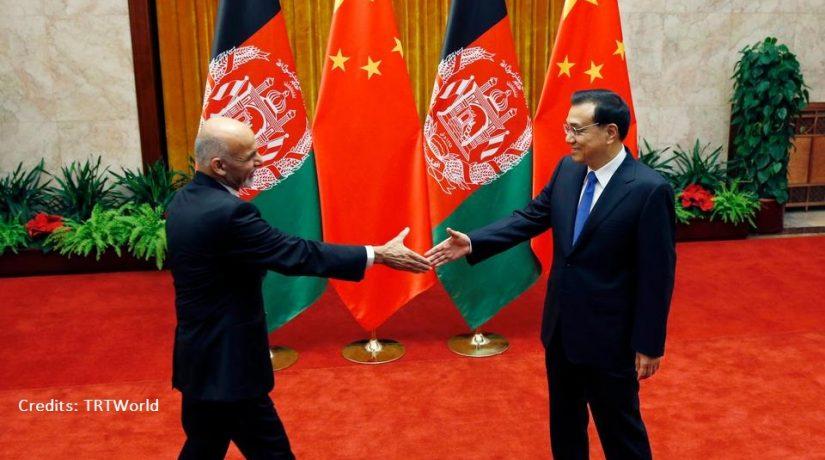 It is well known that presently, China’s Belt and Road Initiative (BRI) is the largest and most ambitious connectivity project in the world. The BRI allows for the establishment of multiple projects along its economic land belt and maritime road, designed to connect China with some of its most important markets across Europe, Asia and beyond. Afghanistan could act as a crucial link in reaching these major markets. China is increasingly pushing for Afghanistan to take up a position as a central player in Central and South Asia. Initially, due to its conflict-ridden condition, Afghanistan had been excluded from China’s Belt and Road Initiative. However, more recently China has developed greater interest and became more inclined to include Afghanistan due to its pivotal role in connecting Chinese markets to the rest of Asia, Europe and East Africa.

The slowly emerging prospect of peace in Afghanistan is demonstrated as an opportune moment for China to invest in infrastructure projects pertaining to the rolling out of the BRI. Afghanistan’s geo-strategic location at the crossroads of the region is pertinent, serving as one of the shortest trade routes between Central and South Asia, China and the Middle East, providing easy access to the Arabian sea. Afghanistan could be converted into a vital connectivity hub and demonstrates potential to become a focal point of the BRI. Consequently, the nascent developmental and infrastructure opportunities displayed by the Afghan government, including its railroads, are favourable to China’s ambitions in directing Afghanistan towards this central position, including them in the international trading network of the BRI. Moreover, the lack of safe and secure infrastructure and the abundance of natural resources (mainly minerals and rare earths), presents Afghanistan as a viable recipient of investment projects from China, but also involves risks.

It is timely for Afghanistan to seize the inflow of foreign investment from China, namely oil and gas exploration projects and railway infrastructure development. This will, in turn, foster greater connectivity and enhance security and stability in Afghanistan, while re-establishing itself as a centre of economic development in Asia. Kabul has launched projects such as the Sino-Afghan Special Railway Transportation. This will link Afghanistan to China, via Uzbekistan and Kazakhstan, thereby prioritising connectivity and embedding it in its foreign policy. Additionally, it would be advantageous and viable for Afghanistan, as well as for China if Afghanistan were to be integrated into the USD 62 billion China-Pakistan Economic Corridor (CPEC), the most monumental project under the Belt and Road Initiative. Significant quantities of money have been invested in Pakistani infrastructure and energy projects. New road and railroad plans have been set up from the North to the Port of Gwadar, which serves as a connectivity node and the main access point for energy transportation from the Middle East to Western China. The strong relationship between China and Pakistan entails potential leverage in persuading Pakistan to include Afghanistan into CPEC, ensuring smooth progress and expansion of the BRI in the region. Consequently, China’s involvement and prioritisation of CPEC projects could influence and align Afghanistan-Pakistan economic goals and strengthen strategic goals for China’s future regional aims.

Despite close China-Pakistan relations, Afghanistan and Pakistan maintain a complex relationship, which would need to be improved and mutual hostilities to be resolved. If not, the lack of regional cooperation is likely to create a greater strife for China, making it more difficult to navigate the already fragile situation. Being landlocked, Pakistan provides the shortest route to sea for Afghanistan. Hence, its inclusion in CPEC would ensure an easier and more direct access to the Chinese market, in particular through its link with the Port of Gwadar.

Security in Afghanistan is vital for the successful expansion of China’s BRI project in the region. Afghanistan has been engulfed by conflict since the late 1970s, causing significant damage and destruction to its infrastructure and economy. Guarantees to the security of infrastructure projects are difficult to pertain, due to scepticism by investors and further restraints such as regional and domestic terrorism impeding investments. Afghanistan’s frail security situation is jeopardising the viability of economic and infrastructure projects in the country and the surrounding region.

As an additional stressor to the progress of BRI projects, the recent assassination of Iranian Commander Qassem Soleimani by the US, will undoubtedly add to the unease in Afghanistan and Pakistan and worsen the geopolitical situation in the Gulf. China has been keen on promoting the peace process between the Taliban and the Afghan government, with the intention of creating a more secure environment for furthering BRI investments. It is clear that China does not want the area surrounding the Port of Gwadar to be destabilised. However, an Iranian retaliation could negatively impact and disrupt China’s ambitions of the belt and road scheme and overall security in the region.

Evidently, despite China’s non-interference policy, it is attempting to mediate and participate in the peace process, by leveraging its association and trade relationship with the Taliban to initiate negotiations with the Afghan government and offer its diplomatic tools. In turn, this would serve as a crucial step towards improving the security situation in the region, presenting great potential for development, prosperity and long-term growth in Afghanistan. Moreover, as a supporter of the Afghan-Taliban peace process, China purports itself as a more reliable mediator and promoter of Afghanistan’s progress and goals, in comparison to the US and other stakeholders involved in Afghanistan.

China considers Afghanistan a priority in its Belt and Road Initiative and in the event that China would create potential avenues for peace talks between the Taliban, Afghanistan and Pakistan, it would gain leverage in becoming a major influencer in the region, moving forward in achieving its goals of furthering its BRI endeavours –  one of China’s principal motivations in advocating for peace in Afghanistan. Despite the risks, China seems set to cautiously continue to promote the development of trade and investment in Afghanistan until a stable condition is reached.