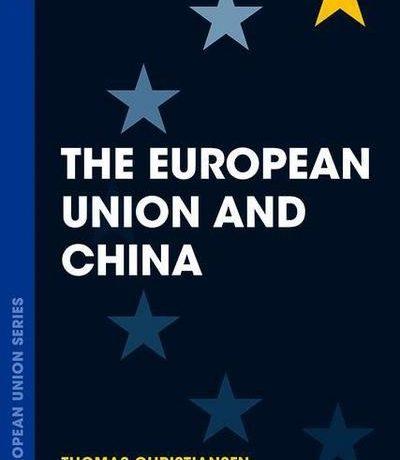 On 15 November, the book The European Union and China was presented at the European Institute for Asian Studies.  The book, written by Professor Thomas Christiansen, Professor Emil Kirchner and Dr. Uwe Wissenbach shows the different aspects of the relationship between European Union and China. This includes political, security, social and economic dimensions. At the book launch, the authors of the book along with Professor Xinning Song and Professor Sylvain Plasschaert discussed the various dimensions of this bilateral relationship, focussing on certain, particularly important issues within the relationship.

The authors opened their speeches by stating that they wanted to put together a book with a broad overview of the issue at hand, whilst also showing how various dimensions of the relationship were developing. There are already numerous short-term analyses readily available, however it is quite challenging to find sources which look into this relationship in depth. The authors stated that this was one of the main drivers behind their decision to write this book.

The first speaker was Professor Thomas Christiansen. He talked about the economic and trade dimension of the EU-China relations. The EU-China relationship is vital to both parties, with trade acting as a cornerstone upon which both sides are actively engaged in building upon. Despite the bilateral relationship experiencing numerous challenges over recent years – such as the eurozone crisis, the election of Donald Trump, etc. – Chinese investments in Europe have continued to grow at a significant rate. A major European concern about this relationship relates to intellectual property rights, with the Chinese concerned that this fear may lead to the erection of new barriers to trade.

Professor Emil Kirchner spoke on the security dimension of the relationship. He mentioned that what the European Union is lacking is a sufficiently distinct security profile and that it therefore could be seen by China and other Asian countries as lacking trust, independence and relevance. On the other hand, another way of looking at this would be that having low levels of cooperation in this field is better than having a conflict. In terms of security relations, Professor Kirchner concluded that the EU-China relationship is viewed in terms of partnership, not rivalry.

Professor Xinning Song noted that 40 years ago, the European Union played a major role in China’s reform and opening-up policies. The relationship between China and the EU has remained strong from the 1980s onwards. In 1989, China’s trade with EC12 represented 20 per cent of China’s foreign trade. He concluded that China will not use the EU as a counterpart to the USA, as both these relations are different.

There were questions raised about whether China’s increased focus on their military would pose a military threat to the European Union in the future and how the book tackles the human rights conflicts between EU and China. The former question was answered by mentioning that China is surrounded by enemies resulting in them needing to invest more into their army and defence. Other points raised covered the fact that Chinese defence spending remains under 2 per cent of GDP, and the apparent corruption existent within the Chinese army, demonstrable in the PLA’s ownership of 93 businesses. The latter question was answered by stating that there are fundamental differences between China and the EU which mean that such equivalencies shouldn’t be so readily drawn. The panel concluded by stating that Europe currently faces enough internal struggles, and will therefore not invest time attempting to change the internal ideologies of other states.

After a compelling Q&A session, EIAS CEO Mr Axel Goethals thanked the audience, bringing the event to its conclusion.

The book can be ordered at the following link: https://www.macmillanihe.com/page/detail/The-European-Union-and-China/?K=9781137308306