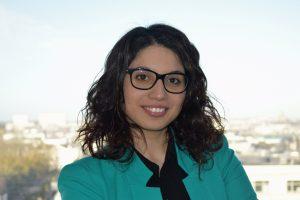 In 2017, Giulia Iuppa obtained her bachelor’s degree in Linguistic and Cultural Mediation, with a focus on Japanese studies, at the University for Foreigners of Siena. As an undergraduate student, she studied abroad for a semester in Tokyo, Japan, at the School of Global Japanese Studies of Meiji University, where she deepened her understanding of Japanese language and culture and Northeast Asia Inter-State relations. She wrote her dissertation on the evolution of Japan’s foreign policy between the 19th and 20th centuries observing the role played by the major Western powers in shaping Japanese foreign policy objectives. Consequently, she continued her studies at Ca’ Foscari University of Venice, where she is currently pursuing an M.A. in Comparative International Relations, expanding her knowledge on Europe-East Asian relations. For this purpose, she spent two weeks at Tsinghua University in Beijing as a visiting student in July 2019. Hence she had the opportunity to experience Chinese culture first-hand and attain insights on Chinese history as well as the Belt and Road Initiative from a non-Western perspective.

Her research interests broadly cover Northeast Asia Inter-State Relations and their influence on the EU; EU-Japan Relations; Japan’s Foreign Policy and Economic Diplomacy. During her time at EIAS, she will be broadening her understanding of the Belt and Road Initiative, Japan’s Growth Strategy and Abe’s Indo-Pacific Strategy, as well as the Japan-South Korea dichotomous relationship and the importance of this alliance in confronting the North Korean security threat.