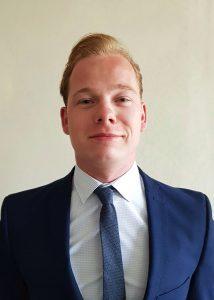 Daan has recently graduated from Hanze University of Applied Sciences in Groningen, The Netherlands with a BSc International Business. After a semester of Chinese Business Studies at the Beijing Foreign Studies University with additional courses at the School of International Relations and Diplomacy, Daan increasingly focused on political relations of The People’s Republic of China and the Chinese Language.

His final thesis switched to the African continent as he focused on economic development and export potential in north-east Africa. During his Traineeship at the EIAS Daan hopes to widen his view on international political relations and augment his knowledge on the People’s Republic of China’s role in various international matters. He hopes to gain valuable knowledge and insights that could help him with obtaining his master’s degree International Relations and International Organisations which he will start coming September.