Calum Thomson
Home  /  Who we are? 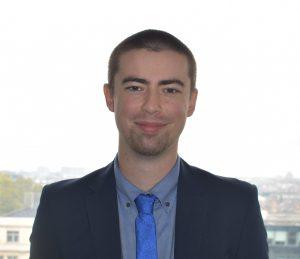 Calum Thomson graduated from the University of Leiden with a Bachelor’s Degree in International Studies in 2017 and then a Master’s Degree in International Relations in 2018. He specialised in Russia and Eurasia during his BA; studying the politics, economics and culture of the region, as well as the Russian language. This included a four month visiting student programme at Moscow State Pedagogical University. His focus then shifted slightly with the selection of the ‘Global Conflict in the Modern Era’ track of his Master programme, which dealt with international security, military strategy and regionalism on the world stage. This culminated in a well-received thesis on the wider significance of the 1982 Falklands War for Britain’s remaining Overseas Territories. More recently he embarked on two election observation missions in Armenia and Moldova, gaining valuable field experience monitoring diverse electoral systems and processes.

During his time at EIAS, Calum Thomson will focus on Central Asia and combine his study of the region with research pertaining to geopolitics, security and democratic transition.