TOWARDS A WORLD FREE OF NUCLEAR WEAPONS: THE KAZAKH AMBITION

Time: 16:00-17:30 followed by a Networking Reception with Kazakh Cuisine

In view of the current political climate and increasing geopolitical tensions, dialogue is needed. The stakes are high with the Iran nuclear deal being severely threatened, the US and Russia having suspended the INF Treaty, and with international efforts (notably that of US President Trump) to reach a nuclear deal with North Korea continuously failing. The ambition to achieve a world free of nuclear weapons has at not been as important and topical since the end of the Cold War.

In these difficult times, Kazakhstan aims to set an encouraging example in supporting the international effort to eliminate nuclear weapons. Kazakhstan forms part of the Central Asian Nuclear Weapon Free Zone, which has created a legally binding commitment by all the Central Asian nations not to manufacture, acquire, test, or possess nuclear weapons. In previous times, Kazakhstan used to possess Soviet strategic and tactical nuclear weapons during the Cold War, which it voluntarily gave up and transferred to the Russian Federation in 1995. To strengthen its case, Kazakhstan initiated a UN General Assembly resolution calling for an Annual International Day Against Nuclear Tests (set on 29 August), which was inaugurated in 2010 in support of the Comprehensive Nuclear Test Ban Treaty (CTBT). Kazakhstan is set to increase its role as a viable and reliable international partner in the fight against Nuclear Weapons, in which the EU is playing a crucial role.

On the occasion of the International Day Against Nuclear Tests (29 August) and the International Day for the Total Elimination of Nuclear Weapons following on 26 September, EIAS and the Embassy of the Republic of Kazakhstan to the EU and the Kingdom of Belgium are organising this Roundtable Discussion, presenting a distinguished panel of experts from Kazakhstan and the EU.

H.E. Mrs Aigul KUSPAN – Ambassador of the Republic of Kazakhstan to the Kingdom of Belgium

Introduction by the Chair:

Mr Yerbolat SEMBAYEV – Deputy Chief of Mission, Embassy of the Republic of Kazakhstan to the Kingdom of Belgium

Followed by a networking reception with Kazakh Cuisine at 17:30 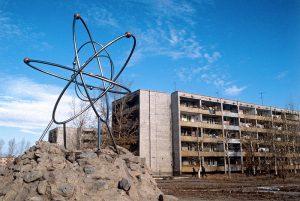