The European Institute for Asian Studies (EIAS) has the pleasure of inviting you to a Briefing Seminar in cooperation with the Mission of Uzbekistan to the European Union on the occasion of the visit to Brussels of Mr Jurabek MIRZAMAKHMUDOV, First Deputy Minister, Ministry of Energy of Uzbekistan and Director General of Uzatom (The Uzbek Agency for Nuclear Energy).

With the growing demand for electricity and in line with President Mirziyoyev’s attempt to further liberalise and modernise the country’s economic structure, the Ministry of Energy was established in early 2019 to manage the oil and gas, electricity and hydro energy industries. As a country rich in natural resources, particularly in oil and gas, Uzbekistan’s priority has been to further develop this sector and expand opportunities for investments.

Mr Jurabek Mirzamakhmudov was appointed First Deputy Minister of Energy. He is simultaneously the Director General of the Agency for Development of Nuclear Energy. This conference gathers a distinguished panel of EU and Uzbek government officials to discuss the various strategies to develop the country’s energy sector and encourage potentials for international cooperation. 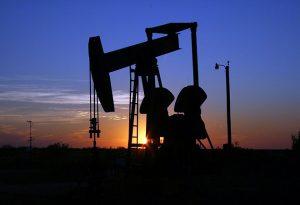