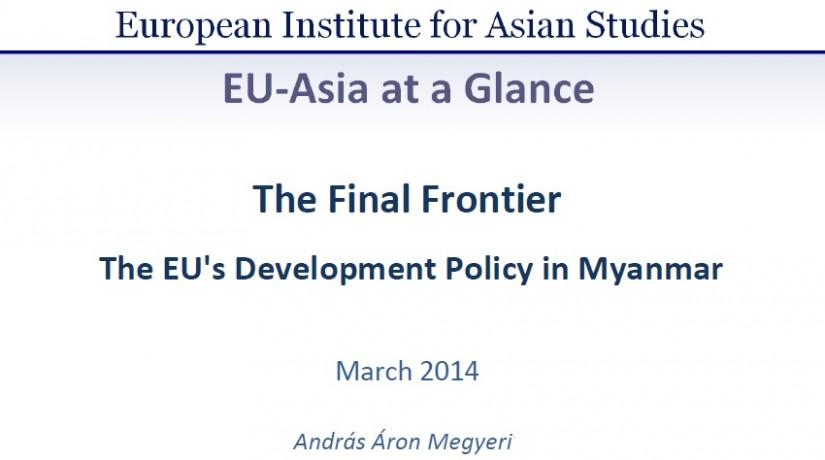 Three years into the Myanmar peace process, the country remains plagued by corruption, ethnic conflicts, and religious tensions. The new government was formed in 2011 by Thein Sein, who retired from his military career in 2010. This shows a civil-military relationship that is characterised by deeply the entrenchment of economic and political interests on the personal and organisational levels. Myanmar is amongst the richest countries in natural resources, yet due to the rampant corruption and massive social inequalities, it suffers from a pervasive resource curse. Meanwhile, religious and ethnic conflicts threaten the fragile political stability brought about by the new administration. In the conflict-struck Eastern parts of Myanmar, illegal production of opiates provides the only income for many communities, leading to thriving drug trade and organised crime networks that stretch across Eurasia. In 2013, the European Union reaffirmed its engagement with Myanmar through a Comprehensive Framework Agreement. Its stated goals are to support social and economic development while providing support for the government to complete political reforms in human rights, democracy, and inclusive sustainable development. At the same time, European private firms started investing in Myanmar’s extraction and energy sectors. This paper aims to show that there is an increasing need to align EU development aid policy and frontier investments in order to tackle the asymmetric security challenges of drug trade and organised crime originating from Myanmar.