ASEAN: A Complex Phenomenon in a Complex Region (January 2014)
Home  /  EU-Asia at a Glance 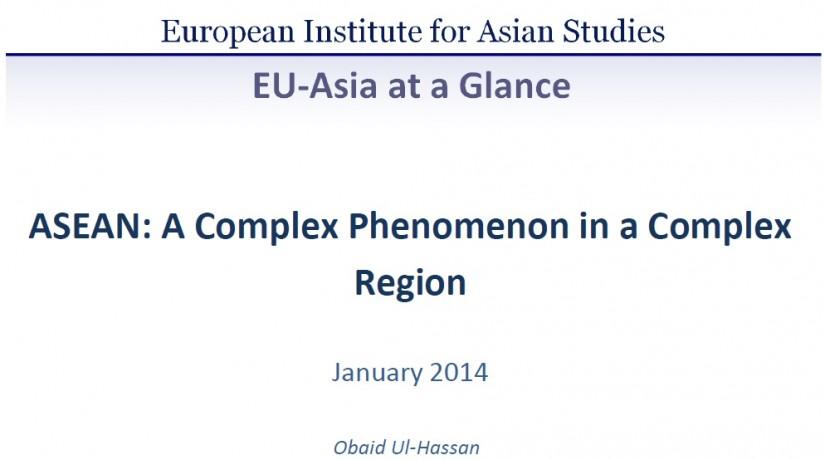 The Association of Southeast Asian Nations (ASEAN) has, since its inception in 1967, experienced great economic success through regional integration, and is perceived to be a prized catch both economically and politically. Yet ASEAN is far from reaching its potential. Many observers do not consider the organisation capable of handling its economic or security challenges due to a lack of unity and fragmented political leadership. As a result, the region of more than half a billion people is heavily influenced by Chinese and American power politics. As Asian leaders gathered in October for the 23rd ASEAN Summit in Brunei to review the progress towards the establishment of an ASEAN Community in 2015, the summit was, however, dominated by the contentious territorial disputes in the South China Sea. While trade was high on the agenda, the summit was more of an attempt to overcome the deep divisions within the association over how to handle Chinese influence in the disputed territories. Yet it remains to be seen whether the ten member association can gain from its unprecedented economic growth to address and solve its most pressing security issues.