The EU-Mongolia Economic Partnership: The Mining Sector and Beyond (April 2014)
Home  /  Briefing papers 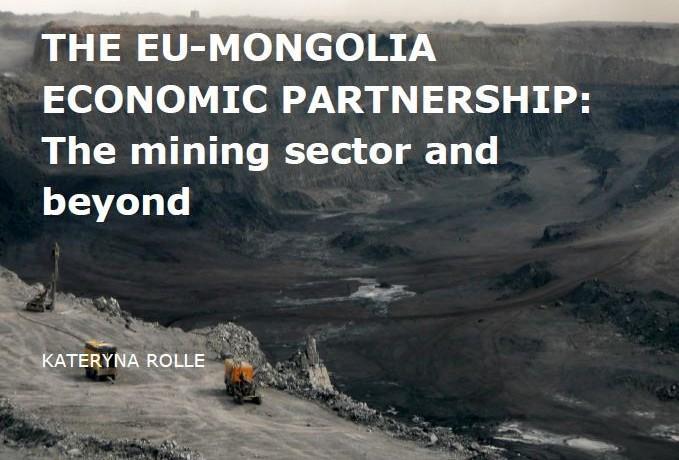 This briefing paper marks the fourth and final in a series of papers on Mongolia and its relationship with the European Union (EU). The preceding gap between the end of the Country Strategy Paper (CSP) 2007-2013 and the beginning of the CSP 2014-2020, as well as the signing of the yet-to-be-ratified EU-Mongolia Partnership Cooperation Agreement (PCA) presents an occasion to reflect on the current state of Mongolia, the success of EU-Mongolia relations, the development of the relationship from 1989 until 2013, and the prospects for further areas of cooperation between the two parties. As a result, this series of papers will look closely at the areas where cooperation has already been administered and the prospects for continued collaboration in the relevant areas with regards to the priorities of the EU and Mongolia, as well as new areas which should be considered for cooperation from 2014-2020. This fourth paper outlines the state of Mongolia’s economy, focusing particularly on trade; urban planning; the environment and the mining sector; foreign direct investment; and education and employment. The paper will address the cooperation already achieved between Mongolia and the EU in these areas, and finally, it will assess where cooperation with the EU could be further administered in the next few years through the PCA.