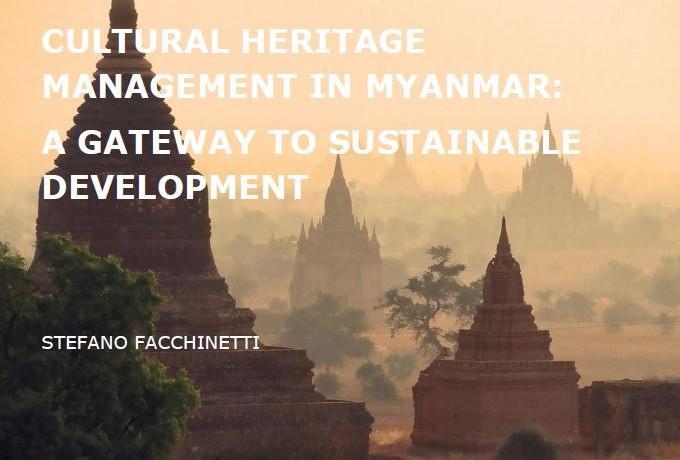 Myanmar is currently at an historical, yet fragile transitional stage. Since a new government, headed by previous military leader Thein Sein, was formed in 2011, the country has indeed embarked in a sincerely welcomed process of political opening-up to the external world, and has positively resumed its dialogue with the international community. This led to the suspension of most international sanctions towards Myanmar, which, together with some timid reforms, are at the base of the first significant achievements in the field of economic growth and socio-political development. These reforms promise to transform the country into an economically prosperous, democratic state with greater civic participation, and unleash its great economic potential. To keep the momentum, all resources are now being used to support the country’s development process. But Myanmar has a further asset that nobody has properly valued nor utilised yet: its cultural heritage. Cultural heritage has indeed been recognised as an increasingly important aspect in a country’s economy and society, because of its role encompassing all levels and aspects of the social life, and the economic benefits deriving from its management. Following a threedimension approach, this paper will analyse how Myanmar’s cultural heritage properties and their effective management could represent a useful resource towards the achievement of the country’s development goals in the areas of economic growth, social and political unity, and environmental conservation and sustainability. The analysis will also consider the importance of the international engagement in the field of heritage conservation and promotion, and the potential benefits of a EU’s direct involvement in cultural promotion and preservation projects in the country.